The staff here at Destination Analysts has had a lot of fun these last few weeks watching our beloved town prepare for its part in hosting a very successful Super Bowl 50.   But alas, all good things must end.  The party has wrapped.  Workers are taking down the last remnants of Super Bowl City and the last straggling, high-rolling visitors have taken off from SFO.

The circus isn’t all over yet, though, as the media and several of our grandstanding local politicians now seem hell bent on branding the event as a financial failure.  Television news stories are pleased to hand the microphone to any business owner who perceives the event did not fill his or her pockets.  Businesses benefiting from the hundreds of millions in visitor spending are nowhere to be seen.   A small cadre of chotchkie vendors who sell their art on the public streets near at the Ferry building were displaced by Super Bowl City.   A movement to spend half a million bucks making them whole is now the cause célèbre of San Francisco’s fringy political elite. 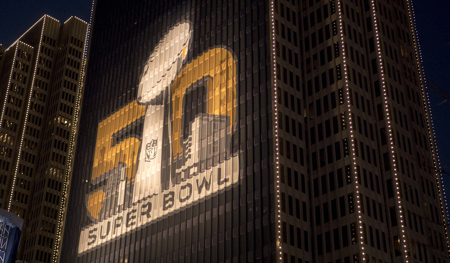 This local silliness will hopefully end, but when we saw the national media start piling on, it seemed time for a response.  Take a minute and read this interesting take on the Super Bowl’s economic impact from Mother Jones.

This is a disappointing piece of journalism.  Yes, the economic impact numbers around this type event are often overstated, but the Super Bowl was without any doubt a huge net benefit to our city’s governmental coffers.  Given the numbers floating around in the media, it seems likely that whatever San Francisco city government spends (the part not reimbursed by the NFL) will be returned at least 4-5 fold when all taxes generated by the event are tallied.

The article is full of factual errors.  The February occupancy rate in San Francisco does not hover around 90 percent–try 77% for the last three years. The displacement effect these “experts” talk about is way overstated. This line of thinking would only make sense to someone who thinks one-dimensionally and knows little about traveler behavior.  Of course there will be some displacement, but ask yourself this. If you wanted to visit San Francisco, would you be likely to completely cancel your trip because room rates were high on a particular five day period in February?  No, you would most likely visit during a different week.  Additionally, many of San Francisco’s hotel guests (especially in the off-season and during mid week) are business travelers.  If they need to come meet with clients or do sales calls in the city, will they simply cancel the trip due to the Super Bowl?   No, of course they won’t.  They will simply work around the issue and come do their business before or after the event.  This is common sense.  Demand for a destination does not express itself the way the naysayers suggest.  The Super Bowl will strongly and positively impact hotel occupancy (and rates) far out on both sides of the event.

The number of hotel rooms filled is, of course, only half of the story.  Room rates soared during the week and the 14 percent hotel tax goes straight back to the city, as do taxes and fees related to all the other spending that went on in town.  When these taxes are submitted, San Francisco will have millions of new incremental dollars waiting to support vital city services.  These would not be there without the game, and are far in excess of what we paid out as hosts.

In a rational conversation, we’d call that a good investment.

Please keep in mind, I’m not saying the city negotiated well with the NFL.  Maybe the terms of the deal could have been better.  That’s an entirely different issue.  However, arguing that the Super Bowl didn’t benefit the city financially (and in a big way) is ridiculous.